This Statue to Nelson is situated on the beautiful shores of the Menai Straits between the majestic Britannia Bridge and the beautiful stately home Plas Newydd home to the then Paget Family. It was Admiral Lord Paget who wanted to commemorate Vice-Admiral Horatio Nelson who died at the Battle of Trafalgar in 1805. 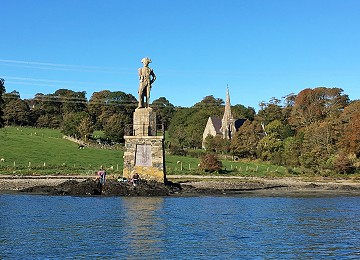 Lord Clarence Paget, art lover and sculptor and former Lord of the Admiralty, had used concrete to create statues for his estate as it was much cheaper than marble and more durable to the exposed environment of North Wales.

Apparently the Admiralty were surveying the Menai Strait at the time and suggested that if an already planned statue were to change location slightly it would serve as a navigation aid to local mariners navigating this difficult stretch of water. The suggestion was accepted by Lord Clarence and the statue was erected in 1873.

The original proposed design of Neptune Roman God of the sea was changed to Lord Nelson as it was deemed more appropriate as a navigation aid.

The words “England expects that every man will do his duty” are carved on the slate plaque on the seaward facing side of Lord Nelson’s statue.

A short time prior to his final battle against the French at the battle of Trafalgar, he used coloured nautical flags on his ship HMS Victory to send the message to the whole fleet.

Section 7 of the Anglesey Coastal Path which travels from the beautiful seaside town of Beaumaris along the Menai Strait, past the Menai Suspension Bridge and the Britannia bridge to Moel Y Don passes the section of shoreline near Llanfairpwll where you can see Nelson’s statue. Section 7 map here

When there is a high tide, you may need to wait a short period of time to follow the section of the Coastal Path which is just after the statue, further sections allow you to come up from the shore and through part of a field and then through the old coastal hamlet of Pwllfanogl.

Quiet and Peaceful stretch of water

This section of the Menai Strait, like many others, is quite remote, and other than the slight hum of traffic travelling over the Britannia bridge very often all you can here is the sound of the water lapping and the local birds like Oyster catchers. A very special place if your looking for “peace and quiet” to contemplate. 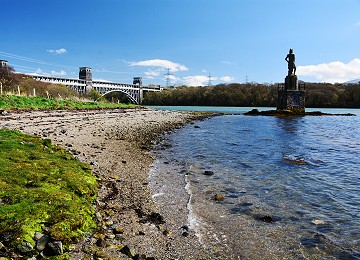 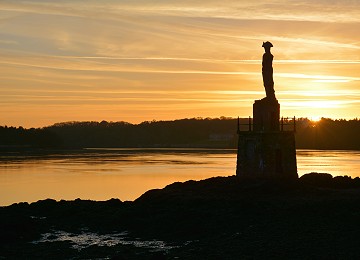 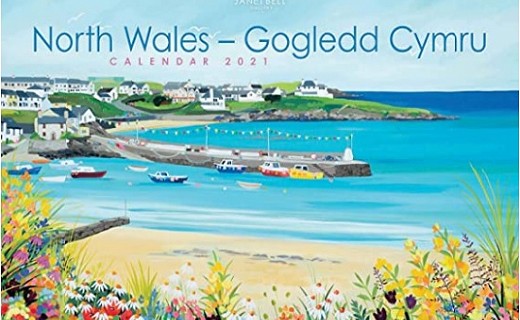